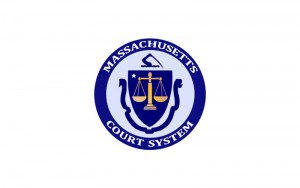 The financial institution was in the process of gathering a debtor’s collateral for auction when representatives of the debtor’s landlord gained access to the storage area and removed much of the property. Most of the stolen goods were sold for scrap and could not be recovered. The local police investigated the theft, but no criminal case proceeded.

In the four-day New Bedford Superior Court trial, the crucial testimony came from a truck driver who transported the materials in 2008. Brian Hughes succeeded in obtaining awards for the firm client including compensatory damages for the stolen goods and punitive damages based on the defendants’ unfair and deceptive practices.

Later, the Court awarded the financial institution all of its attorneys’ fees, based on “compelling evidence of substantial preparation on the law and facts by Attorney Brian Hughes.” In total, the financial award was close to six figures. The final decision was issued at the end of January 2017.

This case serves as a lesson that landlords cannot take the law into their own hands and act without legal process. “Self-help” is not allowed in Massachusetts (as it is in Rhode Island) and, in this case, was tantamount to theft.

For more information, please contact Brian Hughes. He is an attorney in the firm’s Taunton office.