While the Fourth Amendment to the U.S. Constitution guarantees “the right of the people to be secure in their persons, houses, papers, and effects, against unreasonable searches and seizures,” these actions have long been a problem for both school authorities and law-enforcement officers. The safety of students and staff and the need to maintain order to promote learning are important objectives on school campuses. Still, students do not leave their constitutional rights at the schoolhouse door.

Schools today are facing issues not imagined when the courts first addressed search and seizures of students and their belongings. School violence appears in media headlines on a seemingly weekly basis. The prevalence of student cell phones on campus, and the depth of information they can store, presents new questions of how far a school search can go.

Student search and seizure cases are highly fact-dependent. However, the standard remains that school officials must have reasonable suspicion to search a student and/or his or her possessions and that, as the level of intrusiveness of the search increases, so must the school officials’ justification that the search is necessary to preserve a safe learning and working environment.

The courts have addressed these issues and four seminal cases are discussed here.

WHAT HAPPENED: T.L.O. was a 14-year-old female student at a New Jersey high school. A teacher found T.L.O. and another student smoking cigarettes in the girls’ restroom in the school building in violation of school rules. The teacher brought the two students to a school administrator, who questioned each of them. The second student admitted to smoking cigarettes. T.L.O. denied the allegations. The administrator then accused T.L.O. of lying to him, and demanded to see her purse in an attempt to find the cigarettes. Among other things, when the administrator opened her purse, he found a pack of cigarettes, and cigarette rolling paper.

Due to the fact that the administrator knew that cigarette rolling paper is used to smoke marijuana he now suspected T.L.O. of marijuana use. He further searched T.L.O.’s purse, and found a small plastic bag containing a grass-like substance and items that could be drug paraphernalia, including a pipe, a wad of money, a piece of paper with the names of students who apparently owed T.L.O. money, and a letter that appeared to implicate T.L.O. in dealing marijuana. The administrator contacted the police who, in turn, contacted T.L.O.’s mother. Her mother brought T.L.O. to the police station, where she confessed to selling marijuana.

WHAT THE COURTS SAID: In a juvenile court, T.L.O. argued that her Fourth Amendment rights against unreasonable searches and seizures had been violated. The court sided with the school, and T.L.O. took her case to the New Jersey Supreme Court. In this case, the Supreme Court found that a public school official is subject to the Fourth Amendment but is not required to adhere to the same principles as law enforcement officials.

WHAT HAPPENED: After escorting 13-year-old Savana Redding from her middle school classroom to his office, Assistant Principal Wilson showed her a day planner containing knives and other contraband. She admitted owning the planner, but said that she had lent it to her friend Marissa and that the contraband was not hers. He then produced four prescription-strength, and one over-the-counter, pain relief pills, all of which are banned under school rules without advance permission. She denied knowledge of them, but Wilson said that he had a report that she was giving pills to fellow students.

She denied it and agreed to let him search her belongings. He and Helen Romero, an administrative assistant, searched Savana’s backpack, finding nothing. Wilson then had Romero take Savana to the school nurse’s office to search her clothes for pills. After Romero and the nurse, Peggy Schwallier, had Savana remove her outer clothing, they told her to pull her bra out and shake it, and to pull out the elastic on her underpants, thus exposing her breasts and pelvic area to some degree. No pills were found.

WHAT THE COURTS SAID: Redding’s mother sued the school district and several school officials, arguing that this second strip search violated Savana’s Fourth Amendment right to be protected against “unreasonable searches and seizures. The school denied that such a violation occurred; the individual school officials further argued that, as school officials, they had qualified immunity from such a lawsuit. The Supreme Court clarified that strip searches are subject to a heightened scrutiny. The evidence here was “sufficiently plausible to warrant suspicion that Savana was involved in pill distribution,” a suspicion that in turn “was enough to justify a search of Savana’s backpack and outer clothing.”

WHAT IT MEANS FOR SCHOOLS: Although a search may be reasonable at its inception because there is a “moderate chance of finding evidence of wrongdoing,” as the scope of the search becomes more intrusive, both the justification for the intrusiveness of the search and the likelihood that it will result in the discovery of evidence of wronging need to be compelling.

WHAT HAPPENED: G.C., a high school student, struggled with disciplinary problems. During his time in high school, he was disciplined several times for incidents such as using profanity in the classroom, leaving school grounds without permission, excessive tardiness, and fighting. G.C. had disclosed to school officials that he had used drugs and was disposed to anger and depression and on one occasion he told a school official that he was very upset and planned to take his life.

One day G.C. violated the school cell-phone policy and was caught texting in class. The teacher confiscated G.C.’s phone and turned the phone over to Assistant Principal Brown, who proceeded to read the text messages. She stated she read the messages to check that G.C. was not planning to hurt himself or someone else and if there was an issue he was discussing in the messages that she could help C.G. work through.

C.G. was subsequently expelled from school because of the texting incident and the other disciplinary issues. C.G. filed a lawsuit against the school alleging that the search of his phone amounted to a constitutional rights violation because Assistant Principal Brown did not possess the needed reasonable suspicion to conduct the search.

WHAT THE COURTS SAID: Court states that a student has a reasonable expectation of privacy in the content contained on a cell phone and will require school administrators to articulate a specific factual basis for examining phone content. Search of the phone content was reasonable on one occasion where the school had specific information that the phone might contain information that the student intended to harm himself, but found that on a second occasion, the school was not justified in searching the content of the phone just because the same student was texting during class time in violation of school rules. Mere use of the cell phone during class time in violation of school rules is insufficient to support a conclusion that the search of the phone’s content would “reveal evidence of criminal activity, impending contravention of school rules, or potential harm to anyone in the school.”

WHAT IT MEANS FOR SCHOOLS: The search of cell phone content is not needed to establish the violation of the school rule prohibiting cell phone use during class. This decision establishes that courts are more willing to limit a school administrator’s discretion to conduct searches in situations where there is no imminent threat to school safety.

WHAT HAPPENED: Peter Brandt, the assistant principal of Egg Harbor Township High School, received a report of a student suspected of being under the influence of drugs. Brandt met with the student, who admitted he ingested a green pill that eighteen-year-old defendant Thomas Best gave him during fifth period auto shop class. After sending the student to a doctor for medical assistance and screening, Brandt located Best in his eighth period class and escorted him to the office.

Brandt and another assistant principal, Ted Pugliese, interviewed Best, who denied any wrongdoing. Brandt explained to Best that a student claimed he received a green pill from Best. Brandt then searched Best and found three white capsules in his pants pocket, but no green pills. Best admitted that he sold a pill to a student for five dollars, but claimed that the pill was merely a nutritional supplement. Brandt subsequently searched Best’s locker, but discovered no pills.

Brandt was also aware that he had previously given Best permission to drive to school to have his car serviced in the school’s auto shop. Brandt asked Best where his car was parked and indicated that he was going to search Best’s car. Brandt, Pugliese, and Best then proceeded to the car that was parked outside of the auto shop on school property. Before searching the car, Brandt declined Best’s request to call his father. A search of the passenger compartment revealed a liquid-filled syringe, a fake cigarette with a hole in it that could be used as a pipe, a wallet, a bottle of pills apparently belonging to Rose Foster, a bag of suspected marijuana, a bag containing a white powdery substance, and a vial.

Brandt then contacted the school resource officer, Edward Bertino of the Egg Harbor Township Police Department, to advise him of the situation. Bertino, who was stationed at the school, arrived and took control of the items removed from Best’s car before transporting Best to the police station. Best was arrested. He waived his right to remain silent and admitted that the contraband belonged to him.

WHAT THE COURT SAID: The Supreme Court of New Jersey held: an administrator’s search of a student’s car on school grounds need only meet the reasonable suspicion standard, rather than the more stringent standard of probable cause, to be constitutional.

School search and seizure is an area of law that will continue to develop as courts are presented with different factual scenarios. No definitive test exists for determining what constitutes a legal search; what constitutes a legal student search depends upon the context. Schools should collaborate with their attorneys to develop search and seizure policies and procedures that balance students’ rights to privacy with the need to maintain safety on campus. 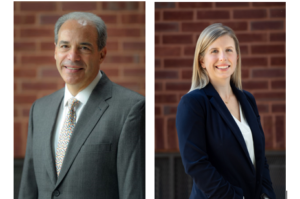 This is the third in our three-part series on “Rules for Schools.” Our attorneys frequently provide coaching and training to school districts, businesses and other workplaces on topics that address sexual harassment prevention, reporting of child abuse, search and seizure limits (in a school setting), and other employment and discrimination issues.

Learn more about our Labor & Employment Law practice and our Education & Municipal Law practice. Or contact Ben Scungio or Stephanie Cote here to set up a training at your workplace.