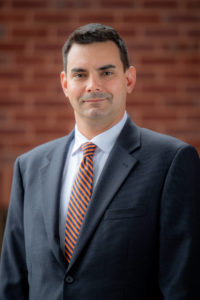 By Brian Hughes | In a surprise 6-3 decision, the Supreme Court ruled in Bostock v. Clayton County, Georgia, that Title VII of the landmark Civil Rights Act in 1964 prohibits discrimination against gay and transgendered people with regard to employment.  The opinion, delivered by Justice Neil Gorsuch, has important ramifications for businesses in hiring, promoting, disciplining, termination or taking any other employment action.

This decision now applies to three pending cases from different parts of the country. The cases involved three people who, separately, filed suit against their former employers because they were terminated solely because of their sexual orientation and, in one case, gender identity.  In these cases, the employers admitted to those motivations, but argued that Title VII did not apply, because that law prohibits discrimination on the basis of biological sex, not orientation or identity.

Justice Gorsuch held that discrimination against sexual orientation and gender identity is sex discrimination because the “traits or acts” that were the cause of the termination of a person of one biological sex would have been tolerated if the employee was of the opposite sex.  For example, a man who is sexually attracted to men would be terminated, but that same trait—sexual attraction to men—would be tolerated if the employee was a woman.

The Justice grounded his analysis in the statutory text itself, without reference to outside materials. He described how Title VII prohibits discrimination against individuals, not classes of people, and how biological sex need only be one of many factors in the employment decision for an employer to be held liable.

So, an employer cannot excuse itself by asserting that sex was not the primary motivating factor—the so-called mixed motive defense—because the biological sex of the individual employee is at least partially the cause of the employment decision.  By terminating men because they are attracted to men and women because they are attracted to women, the employer cannot escape the fact that the biological sex of the employee played a role.  The same analysis applies to transgendered employees.

Justice Gorsuch provided several examples as to how Title VII has been applied to cases where gender was not the sole motivating factor.  The Court previously held that discrimination based on motherhood or average life expectancy violates Title VII because biological sex played a role in the employment decision.  The Justice asserts that the same principles apply to gay and transgendered individuals.

When evaluating whether to hire, promote, discipline, terminate, or take other employment action, it is important to consider, review and document motivating factors for the decision. If those factors include any traits, behaviors or acts around sex, as noted by Judge Gorsuch, your action could be deemed discriminatory.  Well-crafted employment policies can assist the employer from straying into this area and avoid potential liability. When in doubt, seek legal advice from competent counsel.

To learn more, contact Brian Hughes or any of our Labor & Employment Law team here.